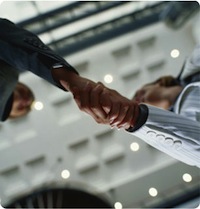 When you are facing deportation in the Boston area, having an experienced removal defense attorney on your side can make all the difference. Unfortunately, people in this position generally get only one chance to demonstrate that they should not be removed from the United States. At Maiona Ward, P.C., we understand the seriousness of such proceedings and handle every case with meticulous attention to detail. Our team has a thorough knowledge of immigration laws and a clear understanding of the court system.

The removal of a non-citizen begins with a notice to appear (NTA) being filed by the Department of Homeland Security (DHS) with the Immigration Court that has jurisdiction over the foreign national. The DHS later serves the NTA on the individual, informing him or her of the nature of the proceedings, the alleged immigration law violation, the person’s right to hire an attorney, the repercussions of failing to appear at the hearing, and other details. The date and time of the hearing is also listed on the NTA. It is important to read this document carefully to assess the allegations listed against you and how you may be able to fight them.

An individual can be deported for a number of reasons, including but not limited to when he or she:

It is important to note that the DHS cannot unilaterally deport you. In other words, an individual generally cannot be deported unless he or she has had a chance to go before an Immigration Judge to present his or her case. This hearing is referred to as a removal proceeding. An individual facing any type of hearing in an immigration court has a right to be represented by a lawyer.

Many foreign nationals, even if they entered the United States illegally, may have some type of relief available to them in immigration courts. Depending on the specific facts of your case, an experienced attorney may be able to help you stay in the country by pursuing adjustment of status, cancellation of removal, asylum, or waivers of inadmissibility or removal.

For example, cancellation of removal may be available for certain foreign nationals who have criminal convictions on their records that would make them subject to deportation from the U.S. To establish eligibility for this form of immigration relief, a green card holder would need to show that he or she has held lawful permanent resident status for at least five years, has lived in the U.S. for at least seven years, and has not been convicted of an aggravated felony. A foreign national who does not have a green card must meet more stringent requirements, including a continuous residency period of at least 10 years, a showing of good moral character throughout that time, and proof of exceptional and extremely unusual hardship that would result from the foreign national’s deportation for a spouse, parent, or child who is a U.S. citizen or lawful permanent resident.

Enlist a Boston Attorney for Your Defense against Removal

At Maiona Ward, P.C., our immigration lawyers are dedicated to helping foreign nationals in Boston and other Massachusetts communities, including Cambridge, Waltham, and Worcester. We also represent individuals in Providence and elsewhere in Rhode Island. We understand that immigration issues can be stressful, which is why you can expect patience and respect from our entire team. To learn more, call us at 617-695-2220 or contact us online.