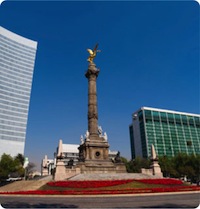 There are few things more stressful for a non-citizen than facing removal from the U.S. If an immigrant has entered the U.S. illegally, violated the terms of his or her visa, or been convicted of a crime, he or she may face deportation. If you or someone you know is dealing with this situation, it is wise to consult a qualified immigration attorney in a timely manner. Deportation can have severe long-term consequences for you and your entire family. At Maiona Ward, P.C., our knowledgeable immigration attorneys will work diligently to protect your legal rights if you are in removal proceedings in the Boston area or anywhere in the United States.

The United States Citizenship and Immigration Services (USCIS) is determined to ensure that non-citizens do not commit immigration fraud or violate any of the immigration rules and regulations. USCIS is an agency within the Department of Homeland Security (DHS), and performs many different functions related to immigration law. In general, DHS cannot deport someone unless that individual is first given the chance to present a case before an immigration judge.

A non-citizen may face deportation for a variety of reasons, including entering the U.S. illegally without being inspected by an immigration officer, entering the U.S. legally with a valid visa but staying beyond the visa’s expiration date, being convicted of a crime, or committing fraud.

Even if you have a green card, you could still face removal if you are convicted of a crime. Criminal offenses that seem relatively harmless, such as petty theft or misdemeanors, can cause major long-term complications for an immigrant’s prospects of staying in the country. If you are arrested or detained, we can help you by taking action with the Executive Office for Immigration Review (EOIR) and requesting relief from removal in one or more of the following ways, or others:

It is important to note that if you are facing deportation, you have the right to be represented by an immigration lawyer. Since this area of law is very complex, anyone in a removal proceeding should consult a qualified immigration attorney who understands the law and the many options that may be available.

Discuss Your Immigration Needs with a Boston Attorney

Dealing with immigration issues can be overwhelming. This is why we take these matters seriously and are committed to advocating for your legal rights as a non-citizen in the Boston area. At Maiona Ward, P.C., our experienced removal defense lawyers will scrutinize the facts of your case and provide you with guidance based on your situation. You can expect the utmost professionalism, kindness and consideration from our entire team. We proudly represent individuals from Cambridge, Waltham, and Worcester, among other surrounding communities. To learn more, call us at 617-695-2220 or contact us online.