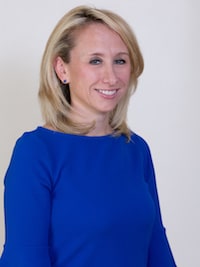 Sara K. Ward is a partner at Maiona Ward Immigration Law and has exclusively practiced immigration law since 2003. Attorney Ward represents families and employees worldwide with immigrant and non-immigrant visa processing at US Consulates, as well as legal permanent residency at USCIS offices across the United States, Naturalization, adjustment of status, asylum, waivers of inadmissibility and business immigration matters. Attorney Ward was recognized as a Rising Star in the field of Immigration Law by the "Super Lawyer" publication of Boston Magazine in 2008 and 2011. Fluent in Spanish, Sara has knowledge in cross-cultural issues as she studied in Buenos Aires, Argentina and Valencia, Spain. As a law student, Attorney Ward advocated for migrant farm workers at camps in Ohio and Michigan. Attorney Ward received her B.A. from Assumption College and her J.D. from Suffolk University Law School. Attorney Ward is a member of the New England Chapter of the American Immigration Lawyers Association (AILA) and the Massachusetts Chapter of the Federal Bar Association. She is the Co-Chair of the MA Chapter of the Federal Bar Association Immigration Committee. She also serves on the Board of Directors for the MA Chapter of the Federal Bar Association. She has served as the AILA NE liaison to local Community Based Organizations and coordinated AILA NE Citizenship Day helping many low income legal permanent residents obtain their dream of becoming US citizens. Attorney Ward currently co- chairs the AILA NE Pro-Bono Project Committee.